Sustainable Africa: How can African Business Schools Contribute to a Greener and More Inclusive Growth on the Continent?

Our world is undergoing unprecedented volatility and uncertainty. Global economic crises, ecological disorders, and socio-political instability have clearly marked our part of history. In Africa, these challenges have been most acute with increasing climate severity, social disparities and economic strain.

It has become urgent to address Africa’s sustainability challenges, and the call for action is extended to all stakeholders. African business schools have a major role to play in both informing decision making on sustainability action and shaping generations of business leaders and managers. This year’s AABS Conference draws on the primacy of sustainable development challenges in Africa to open the floor for reflection, debate, and actionable recommendations to move the continent forward on the sustainability path. Speakers and delegates will actively engage in sharing and co-constructing a common vision and roadmap for African business schools to drive the acceleration of action for a greener and more inclusive growth on the continent. 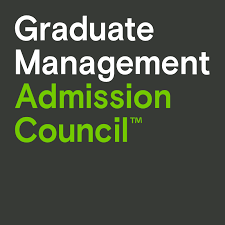 Are you interested in sponsorship? Contact us today to find out more about the conference sponsorship: communication@aabschools.com

11h00 - 12h00 UTC +1
The Sustainability Deal in Africa: The Role of African Business Schools to Meet the Challenge
This introductory panel serves to set the ground for the conference’s main theme by introducing the sustainability challenges of Africa and covering some examples of initiatives taken by different countries to meet those challenges. The panel will reflect on the pathways for African business schools to accompany and shape the transition to a greener and more inclusive growth in Africa.

12h15 - 13h15 UTC +1
Educating for Sustainability: How to Cultivate the Next Generation of African Business Leaders?
This panel aims to shed light on the role of educators and business schools in driving a safe transition to a more sustainable and livable Africa. Panelists will cover the types of strategies and actions that African business schools might undertake to prepare the next generation of responsible business leaders. They will share their respective experiences within their institutions and may cover topics including the institutional role of business schools to drive this transition as well as the role of educators inside and outside the classroom.

14h45 - 15h45 UTC +1
Driving Social Innovation for a Sustainable and Inclusive Africa
The panel will focus on the importance of social innovation as a driver for a greener and inclusive growth in Africa and the role of African business schools in developing a new generation of social entrepreneurs. The discussion will also cover means for African business schools to efficiently federate its stakeholders to build a conducive environment and favorable entrepreneurial ecosystem for social innovation to blossom, grow, and generate high social impact.

9h45 - 10h45 UTC +1
Bridging the Gap: Producing Relevant and Impactful Research for Africa
The panel will cover the meaning and scope of the terms relevance and impact in academic research and why they matter in contributing to sustainable growth for Africa. Speakers will highlight the roles of both institutions and researchers to bridging the academia-industry gaps through impactful academic projects and intellectual contributions. The panel will also share examples of measurable best practices either implemented or in progress.

14h30 - 15h30 UTC +1
Funding Sustainability in Africa: Challenges and Opportunities
The social transformation of African economies is a complex process that can be capital-intensive. Africa needs innovative means to finance its transition to more sustainable and viable growth models. This panel will discuss existing and promising financing solutions that can pave the way towards a greener and more inclusive growth in Africa. The discussion will also focus on how African business schools can mobilize different stakeholder partnerships around stronger and more efficient financing solutions.

15h30 - 16h45 UTC +1
Reflections, Actions, and Recommendations
This concluding session aims to spur collective reflection on the way forward. It serves as an interactive platform to engage the participants to collectively design a "recommendations roadmap" for African business school leaders and managers in their strategies for sustainability. This session is designed as a lively serious game that involves the active participation of delegates in group work format. 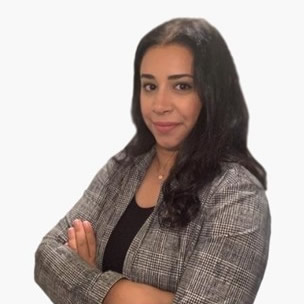 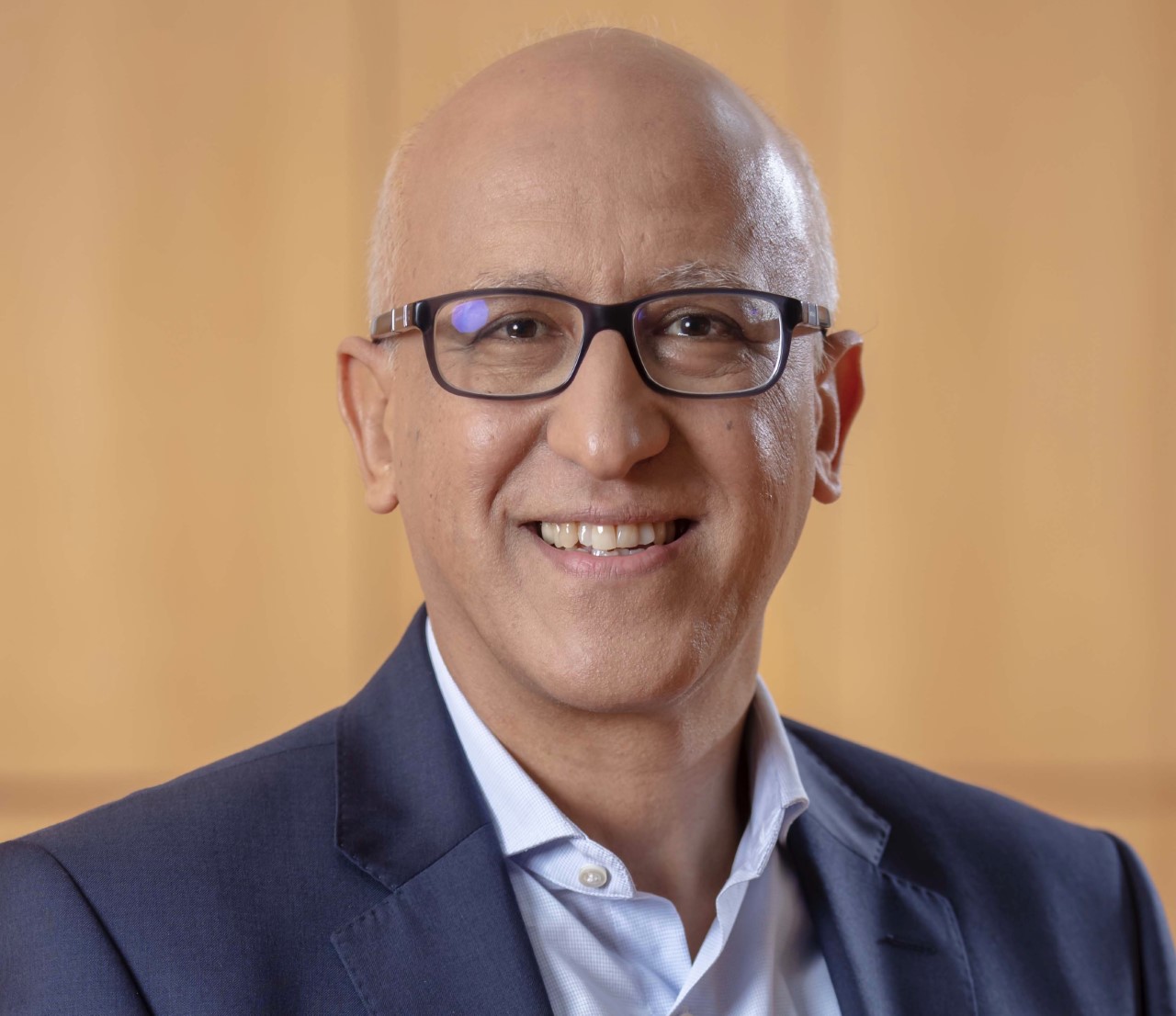 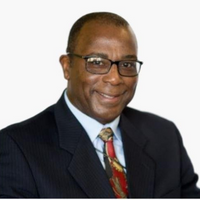 Ahmed Reda Chami
President of the Environment, Social and Economic Council, Former Minister of Industry and Commerce, Ambassador of Morocco at the EU, Charmain & CEO of Microsoft for South-East Asa (Morocco) 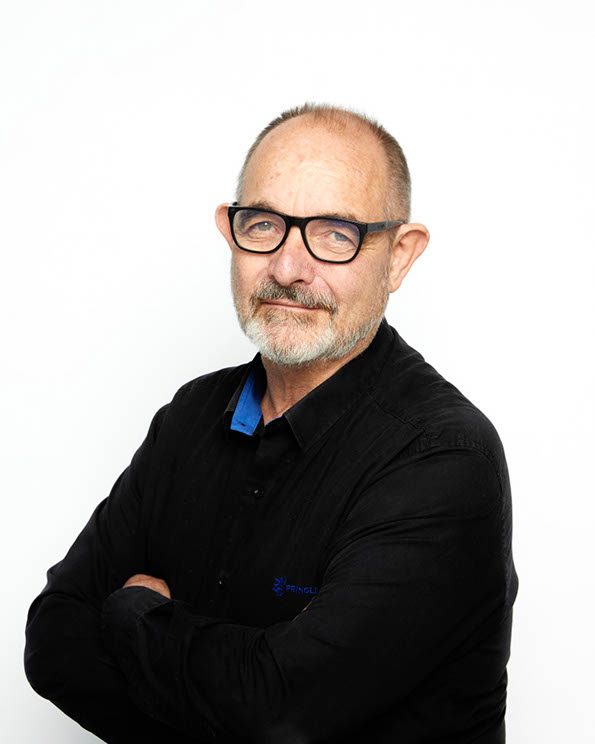 Dean Jonathan Foster-Pedley
AABS Board Member
Jonathan is Dean and Director of Henley Business School - Africa, part of the Henley Business School UK, a leading global business school with campuses in Europe, Asia and Africa. With Henley Africa being the first school to be accredited by AABS, Henley now holds international quadruple accreditation, AABS, AACSB, Association of MBAs and EQUIS. Jonathan’s career includes roles as an educator, dean, corporate executive, airline pilot, writer and speaker. He has been a professor of innovation, MBA director, director of executive education, designer and director of numerous executive education programmes and lecturer in strategy, innovation and executive learning. He has 45 years of international working experience. His interests are economic and educational transformation, sustainability and business evolution. Henley Africa has been an entrepreneurial success, growing 1200% in revenues in the 11 years under his leadership without any external financial support or investment. It has been ranked as the no.1 MBA business school in South Africa for five years running. Its purpose is ‘We build the people who build the businesses that build Africa.’ Henley now has probably the largest MBA scholarship programme in Africa, focusing on offering scholarships to emerging African leaders and influencers from the media, civil society, creative industries, sports, executives and activists who have made a personal commitment and sacrifice toward #African development and transformation. Jonathan has driven several initiatives such as #CorporateActivism, #NoMoreBribes, #InformedDemocracy and #FamilyFriendlyMBA. He is the founder of Henley EARTH –Environmental Activism thru Research & Training @ Henley. He is chair and founder of MBAid, an NPO that seeks to turn the energies of business schools to social good, and has worked with over 350 NGOs. Jonathan is chairman of the British Chamber of Business in Southern Africa, a board member of AABS, and a previous vice-chair of the SABSA -South African Business Schools Association. 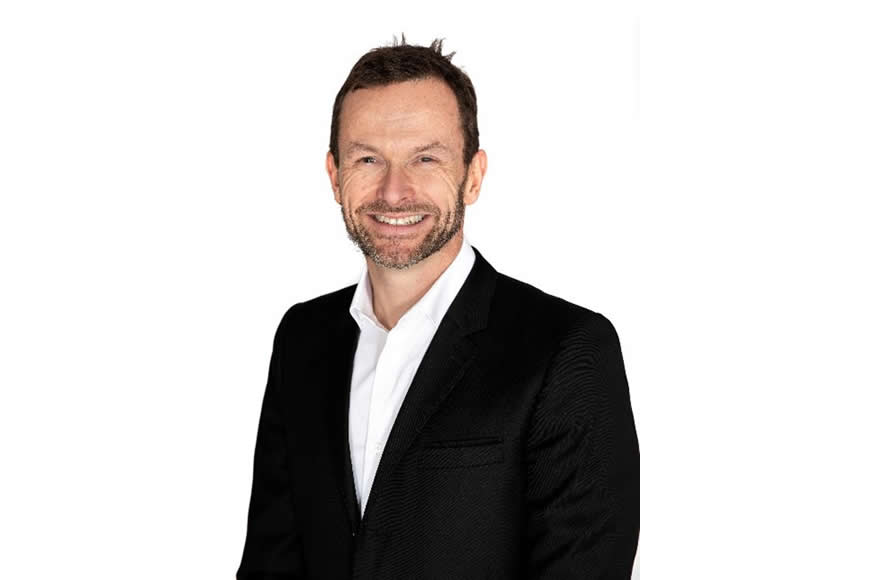 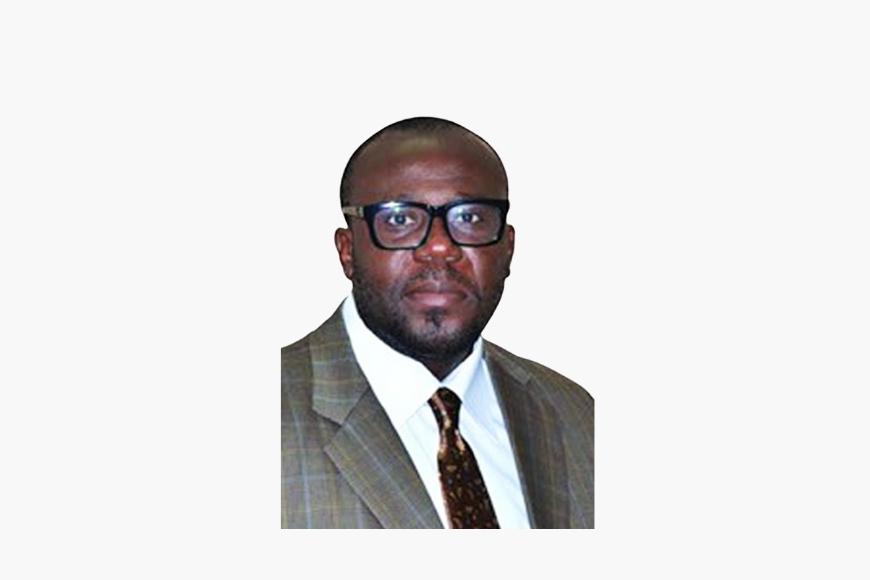 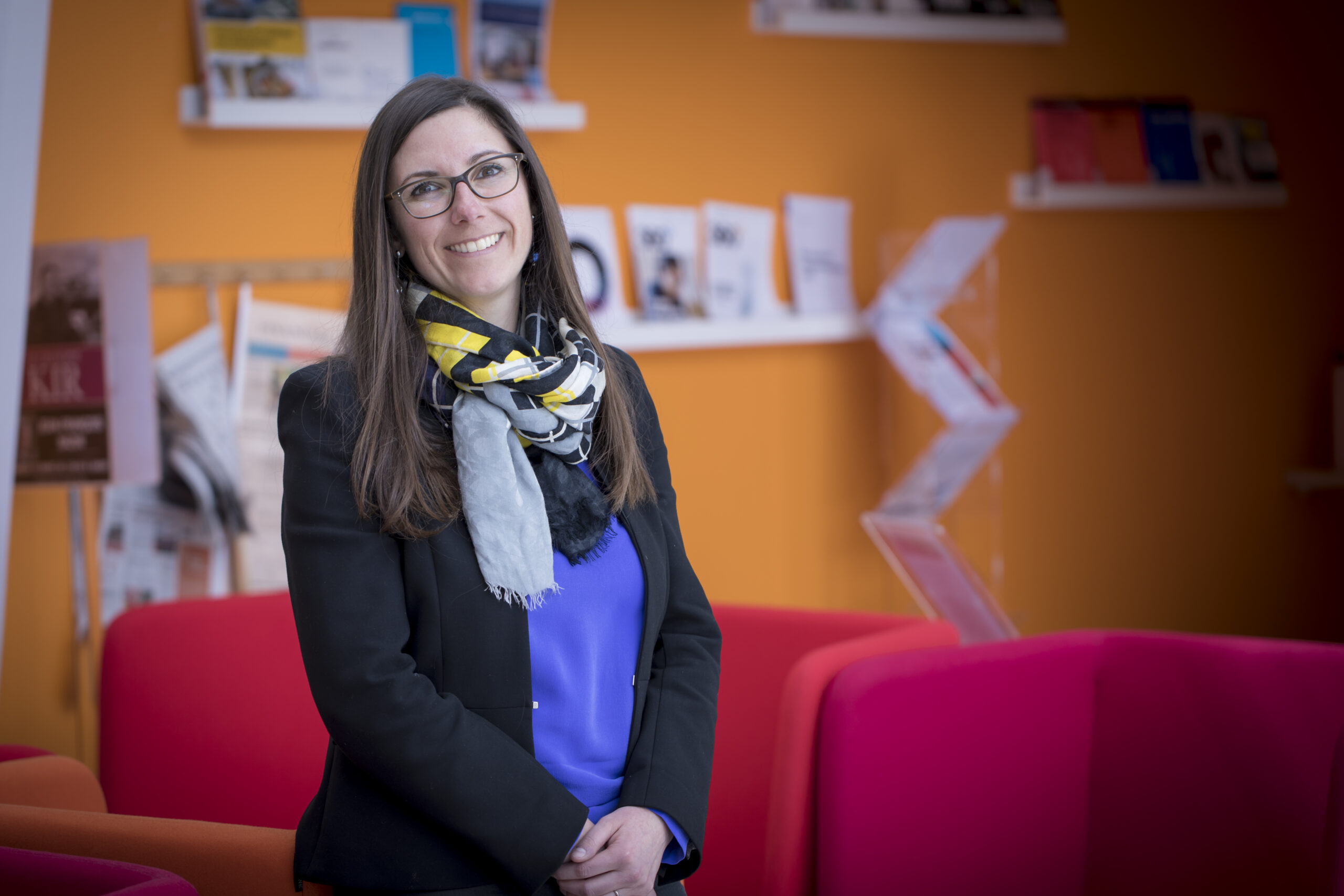 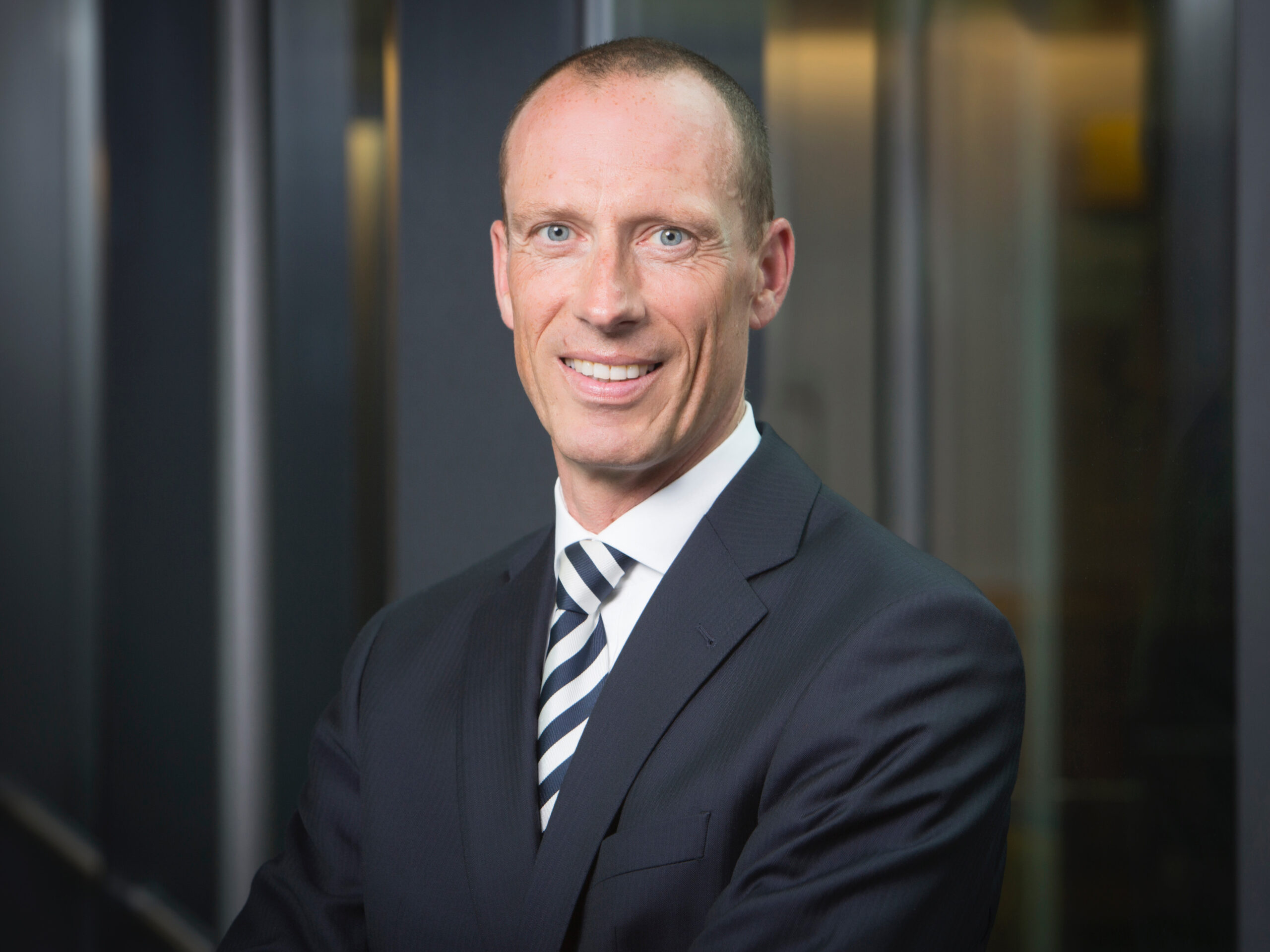 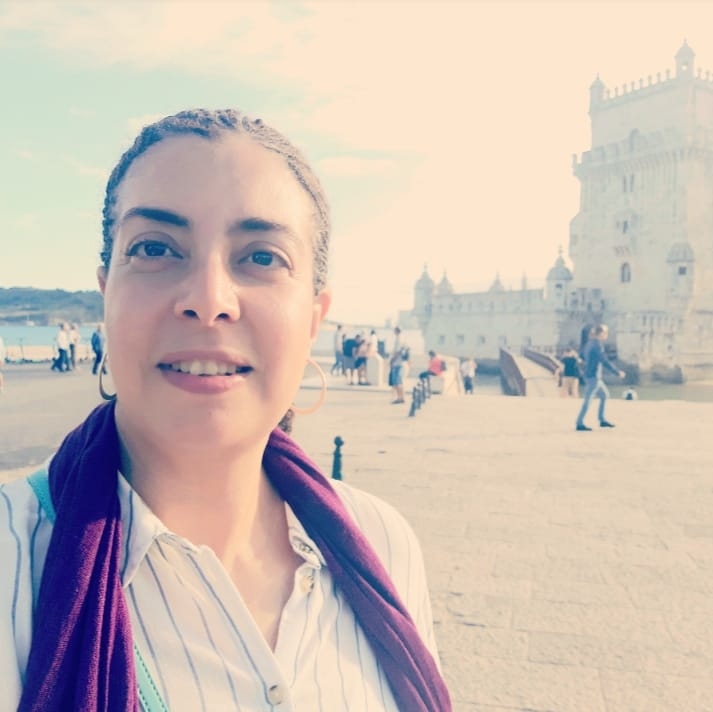 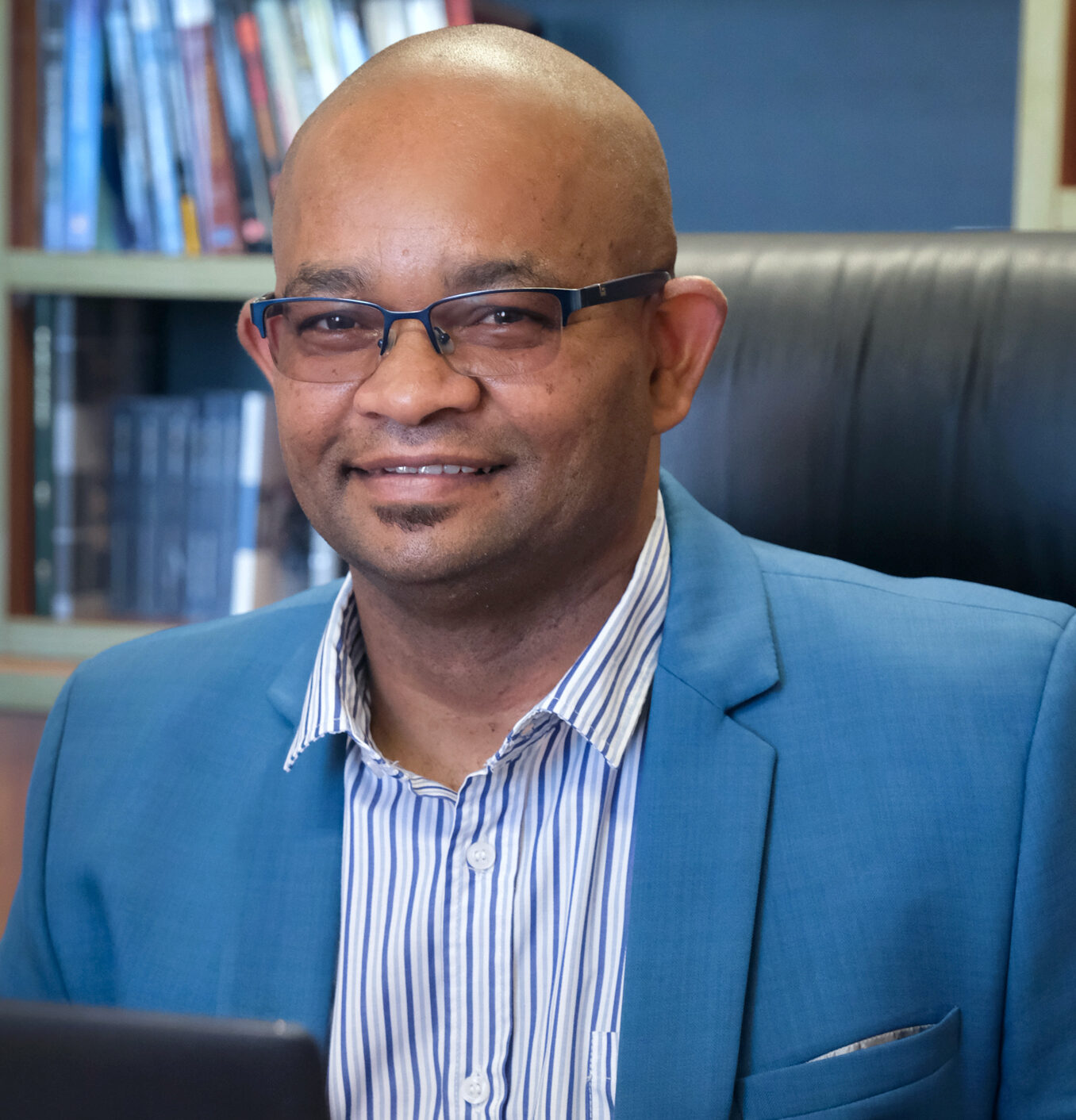 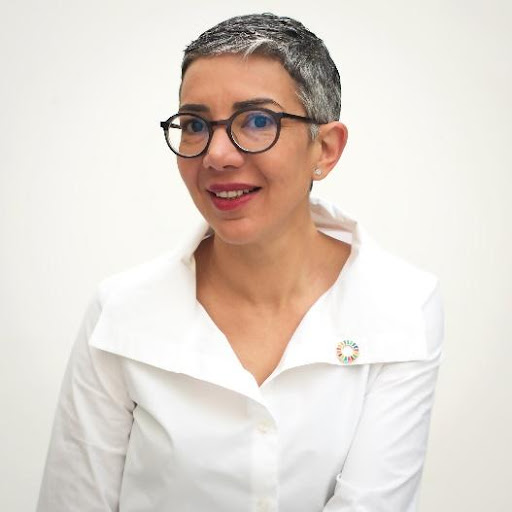 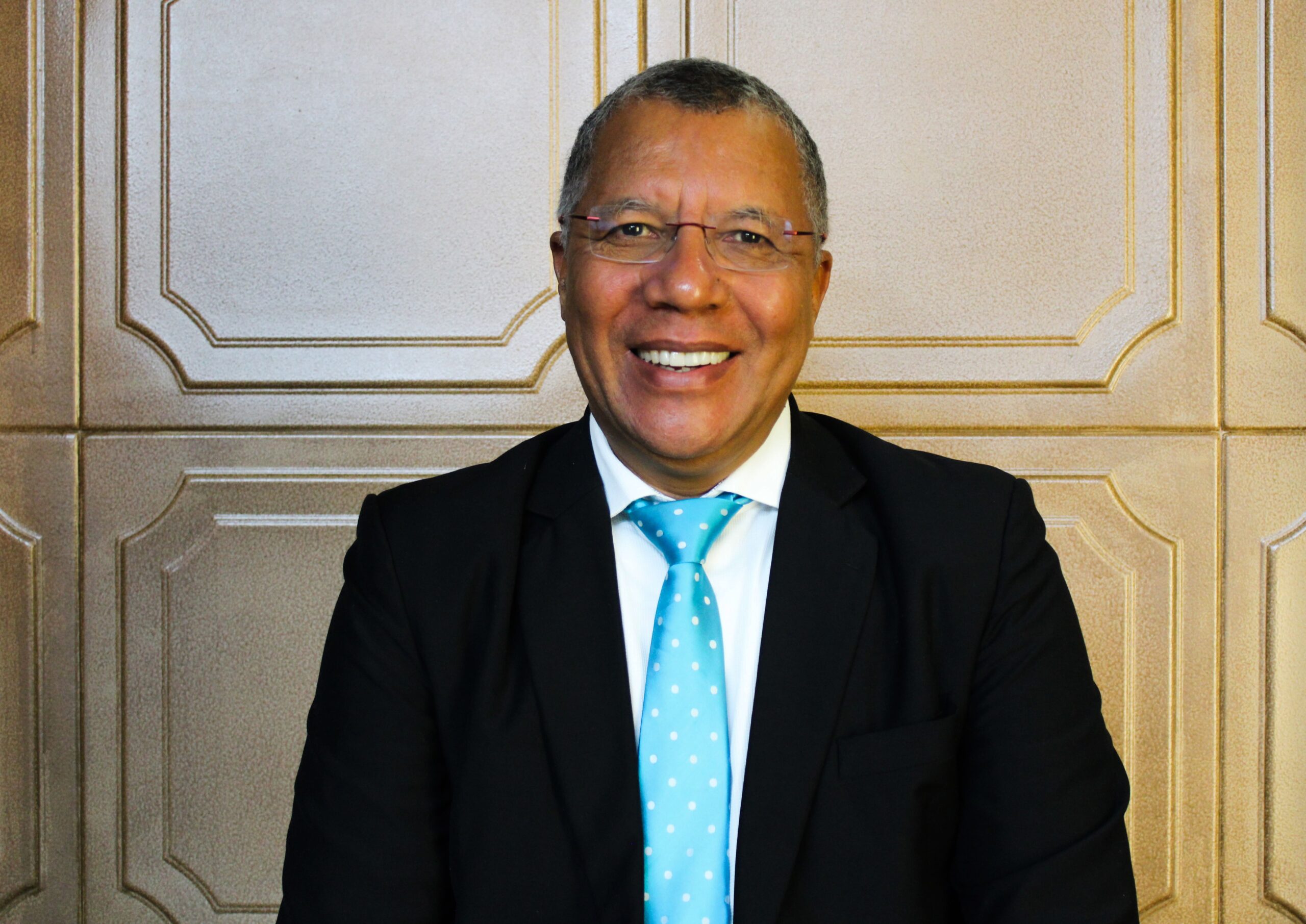 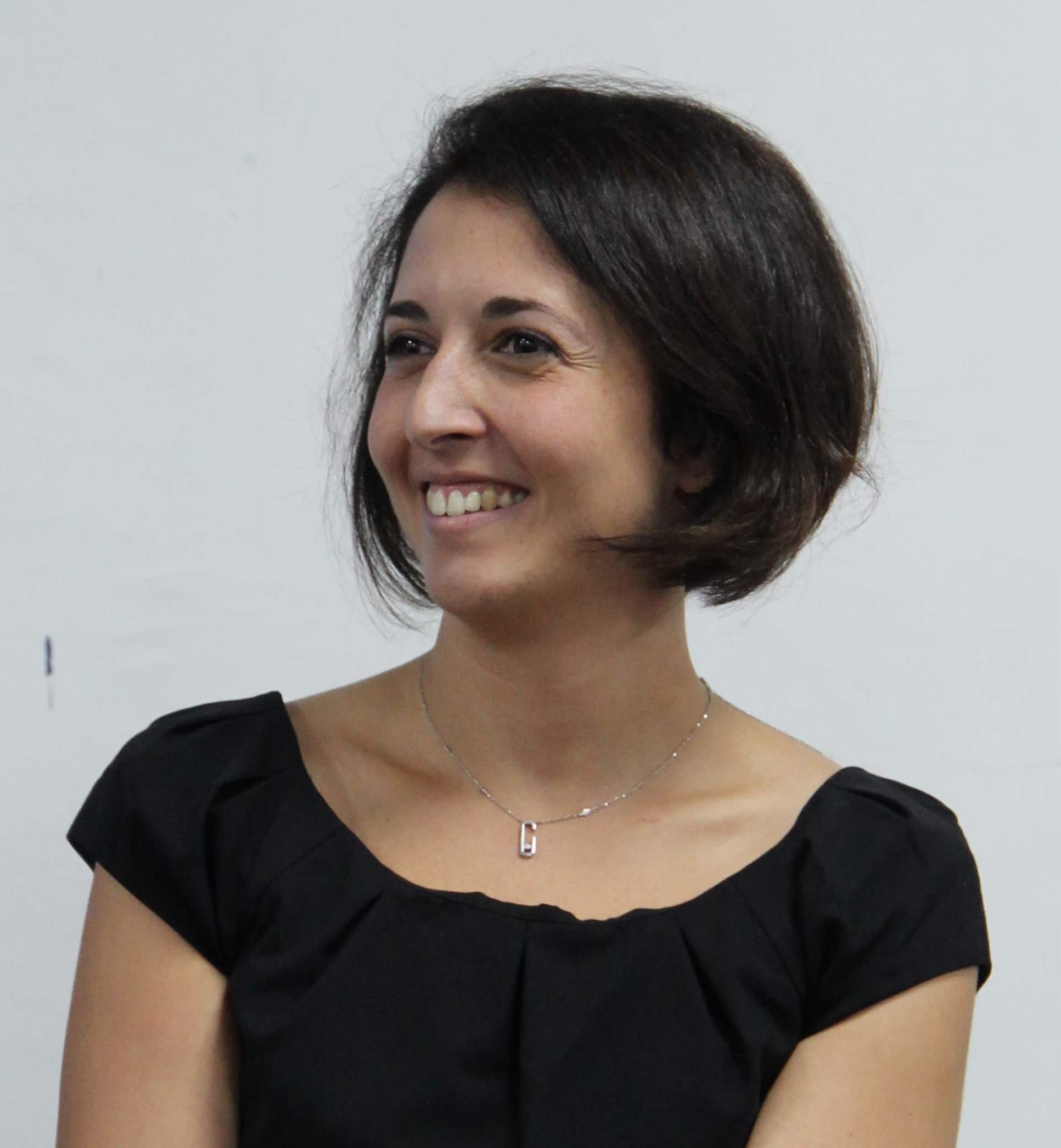 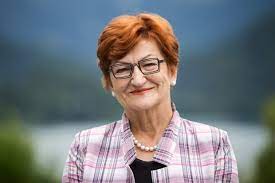 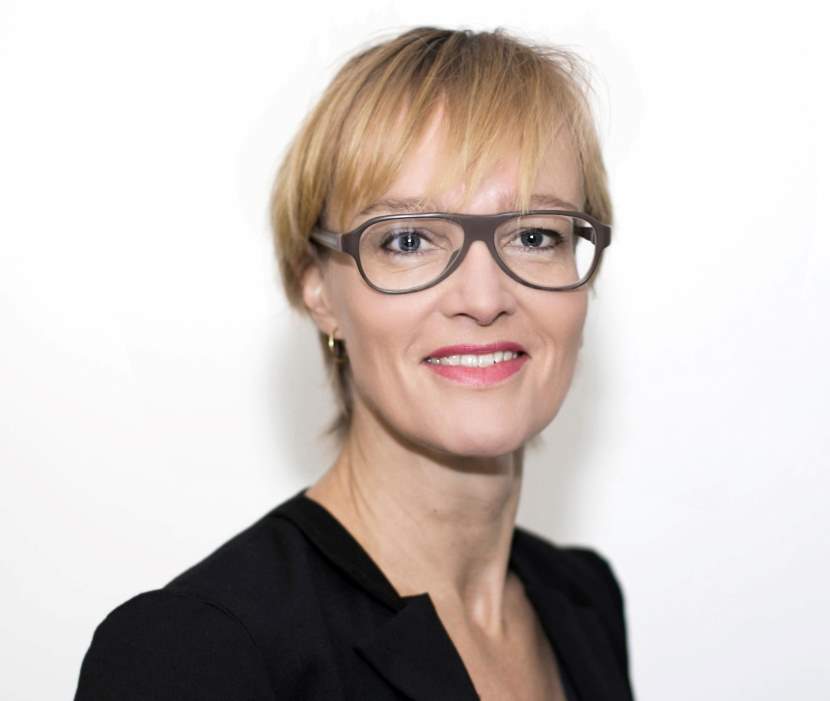 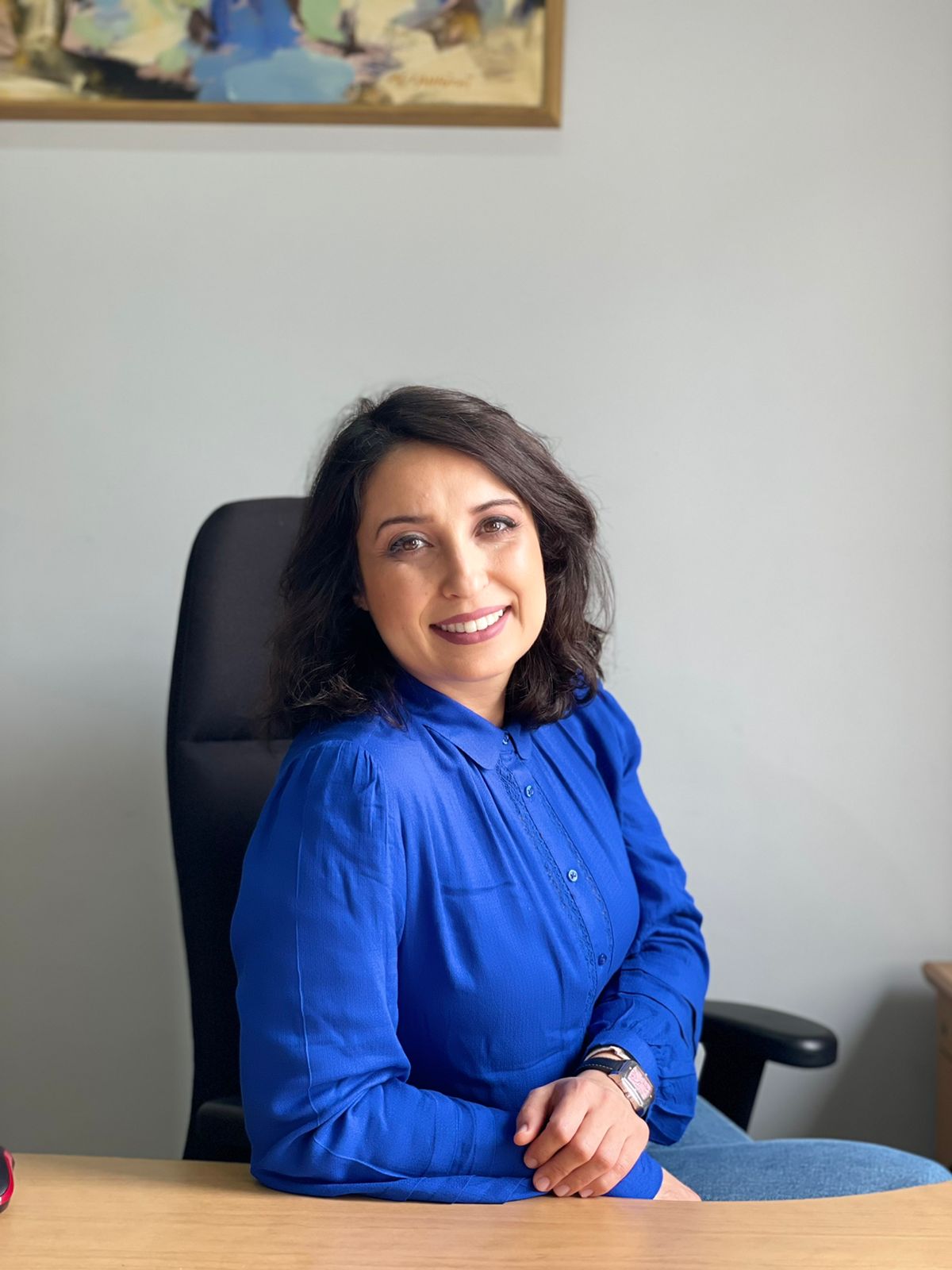 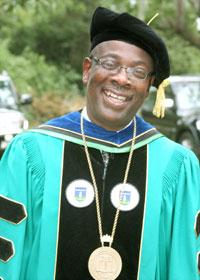 Franklyn Manu
Former Rector of GIMPA (Ghana)
Professor Manu is a Professor at the Ghana Institute of Management and Public Administration (GIMPA) and was the Rector from August 2012 to August 2016. He previously served as Dean of the GIMPA Business School. He has over thirty years of experience in consulting, training, and education. During this period, he has exhibited extensive capabilities in strategic planning, programme, design and assessment in higher education. He has been heavily involved in designing and reviewing programmes to improve university and corporate education in such institutions as Loyola College in Maryland (USA), Morgan State University (USA), Ghana Institute of Management and Public Administration (GIMPA), Association of African Business Schools, Global Business School Network, International Academy of African Business and Development, Ghana National Accreditation Board. Currently, he is the Chairman of the Accreditation Committee of the Association of African Business Schools. 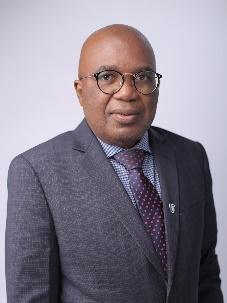 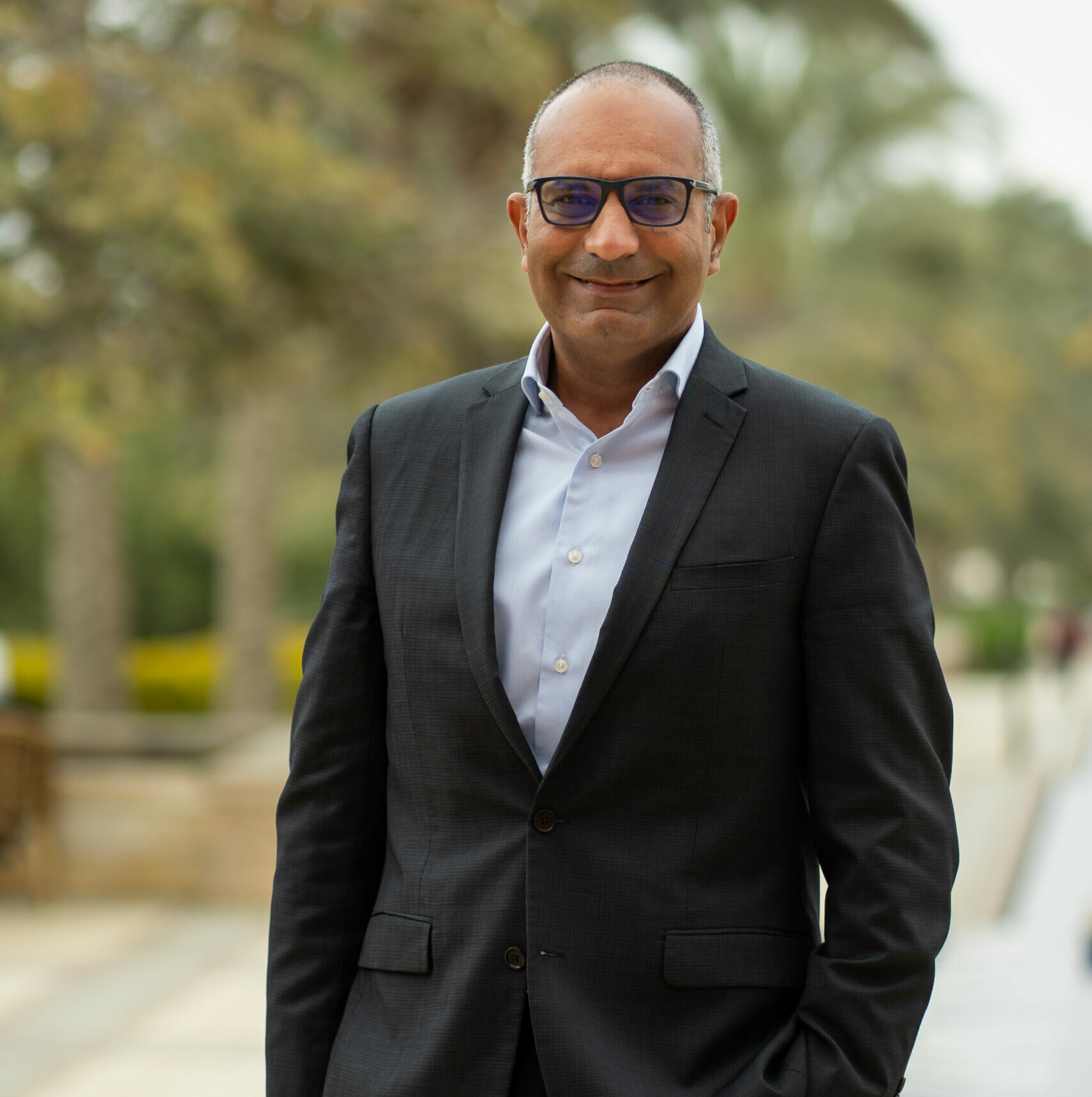 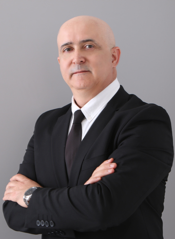 Ali Elquammah
Director - Academic Affairs @HEM Business School
Dr Ali Elquammah, based out of Morocco, is currently the Director - Academic Affairs at HEM Business School since January 2010. At HEM Business School. Dr. Elquammah is also a Professor and Director – International Affairs and is in charge of all issues and matters pertaining to the organization internationally such as international relations. Prior to this, he was Director -Executive Education, from January 2006 until December 2009. Prior to HEM BS, he was a Senior Analyst - Business Intelligence at EchoStar Corporation in the United States. He has also worked as a Senior Information Analyst at Merrill Lynch for five years. He holds a PhD in Management Sciences, an MBA, and a Master of Science in Computer Information Systems. His major professional/academic work includes articles and case studies on the homeostasis of stability and change to succeed an implementation of an Enterprise System. 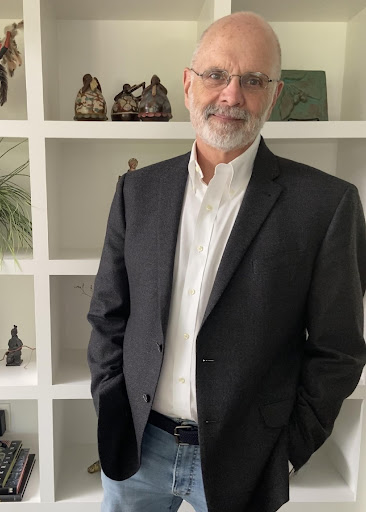 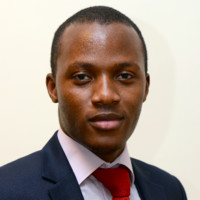 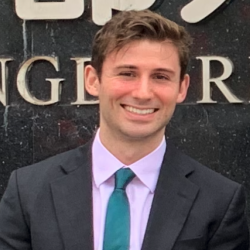 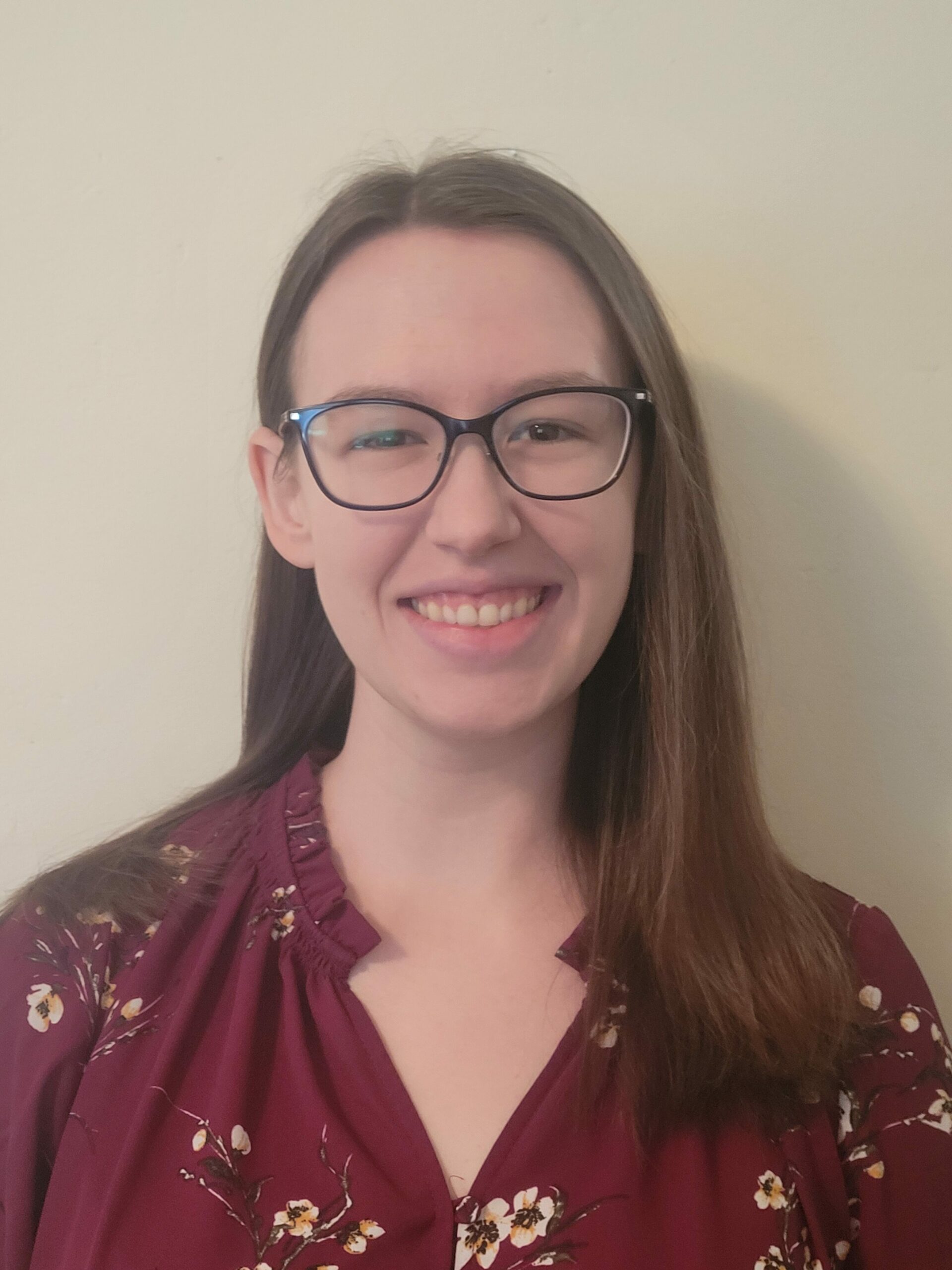 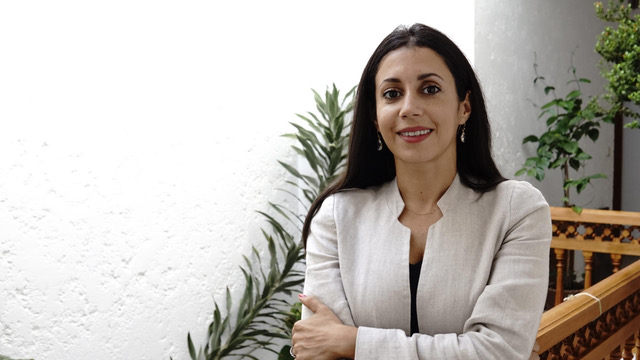 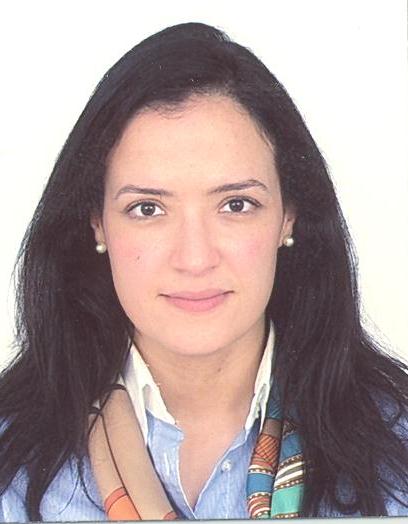 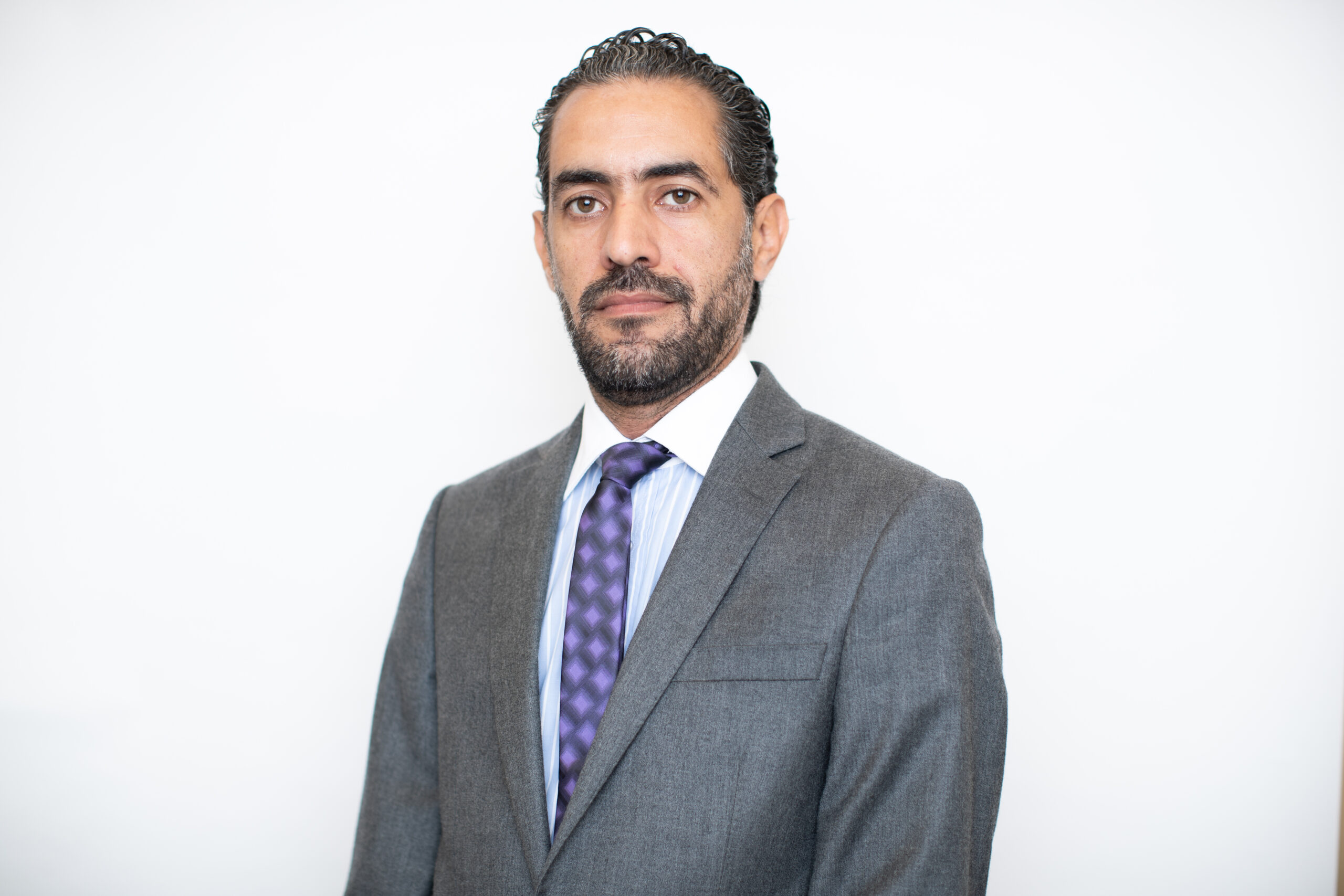